Tracy Vartenigian Burhans centers her work on the pear, encircles it and enters its’ core. She depicts still life that is not still and plays on the edge of the pear’s appearance. She remakes the pear and presents it as icon, as centerpiece, as impenetrable, and as contained potentiality. In many works, the pear as archetype exchanges energy with the space around it. The pear thus reflects the Divine nature, which not only transcends materiality but is infused within it. Her pears are not edible, not useful, not domesticated but sensuous and symbolic.

Ms. Vartenigian Burhans continues to create a body of work rooted in the pear; its shape, its seeds, its color and texture, yet she continually invites the viewer to look beyond these material aspects to discover the greater reality that is contained in all things. 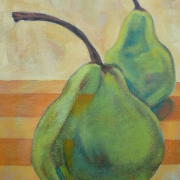 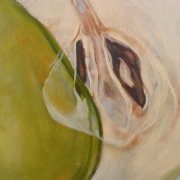 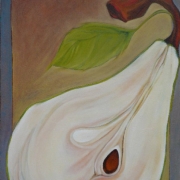 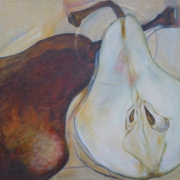 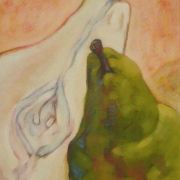 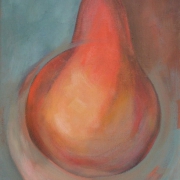 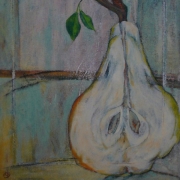 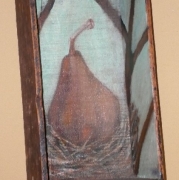 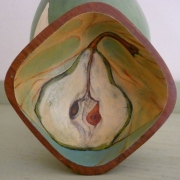 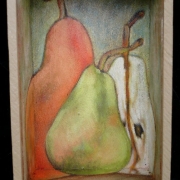 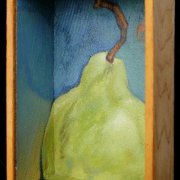 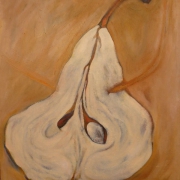 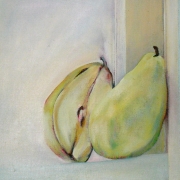 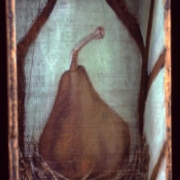 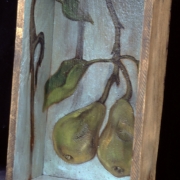 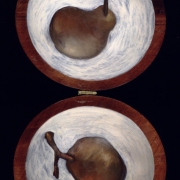 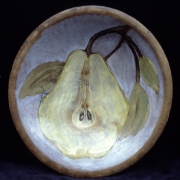 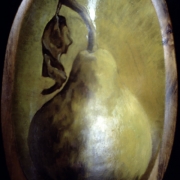 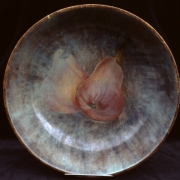 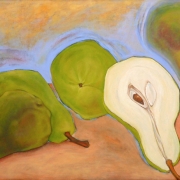 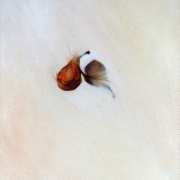